Westport is located in Fairfield County on beautiful Long Island Sound. This coastal Connecticut town was first inhabited by American Indians and so many of the neighborhoods, streets and landmarks still hold historic American Indian names.

The first non-American Indian settlers were a group of five farming families. The "Bankside Farmers" arrived in 1648 and settled in what is now known as Westport's Greens Farms area, named after farmer John Green. Westport continued to grow as colonial settlers from surrounding towns moved to the area.

Saugatuck Village was the first area to be developed, Saugatuck (meaning "mouth of the tidal river") was important to farmers, as it allowed them to distribute their goods to other markets. Other business popped up along Saugatuck's riverbanks, forming a bustling community with stores, wharves and even a tavern.

As the community grew, a center for town meetings and worship was warranted. In 1711 the first church was built in Green's Farm. On April 25, 1777, during the Revolutionary War, British soldiers landed at Compo Beach, which is a very popular modern day beach and recreation complex. After several battles in neighboring towns, the British marched back though Saugatuck and fought with local militia in the Battle at Compo Hill. The Minute Man Statue located on Compo Road honors those who died. A second meetinghouse was erected in 1736, but was burned down in July of 1779 by British soldiers.

Saugatuck still thrived after the Revolutionary War and the villagers sought their own charter. After 130 families came together, Westport was incorporated as a town on May 28, 1835.

Compaug Beach, more commonly referred to as Compo Beach, encompasses 29 acres of beautiful beaches and park areas. It is a picturesque beach, at the mouth of the Saugatuck River. The beach has been a popular destination since early colonial settlers decided to make this land their home in the 1700's. Today, Compo is very popular and exclusive neighborhood.

Today's Westport remains a flourishing town popular with artists and has a vibrant creative scene. A town built on diversity, Westport has many Christian-based churches and is home to five Temples. Westport is filled with many businesses, shops, a theater, and is a popular town from which to commute to New York City. 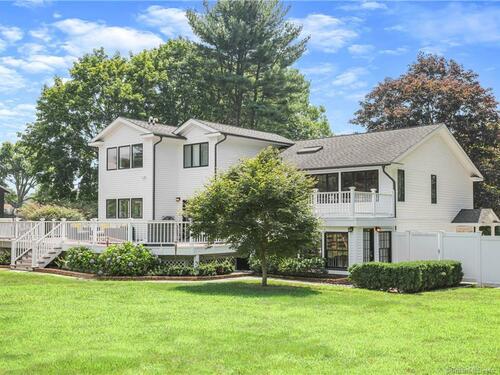 Westport, CT has 13 neighborhoods.
Explore them and find the best place to live!

Westport, CT has 30 condo complexes.
Explore them and find the best place to live!
see all complexes
Top Condo Complexes